Andrea Hazel: There Are No Coincidences 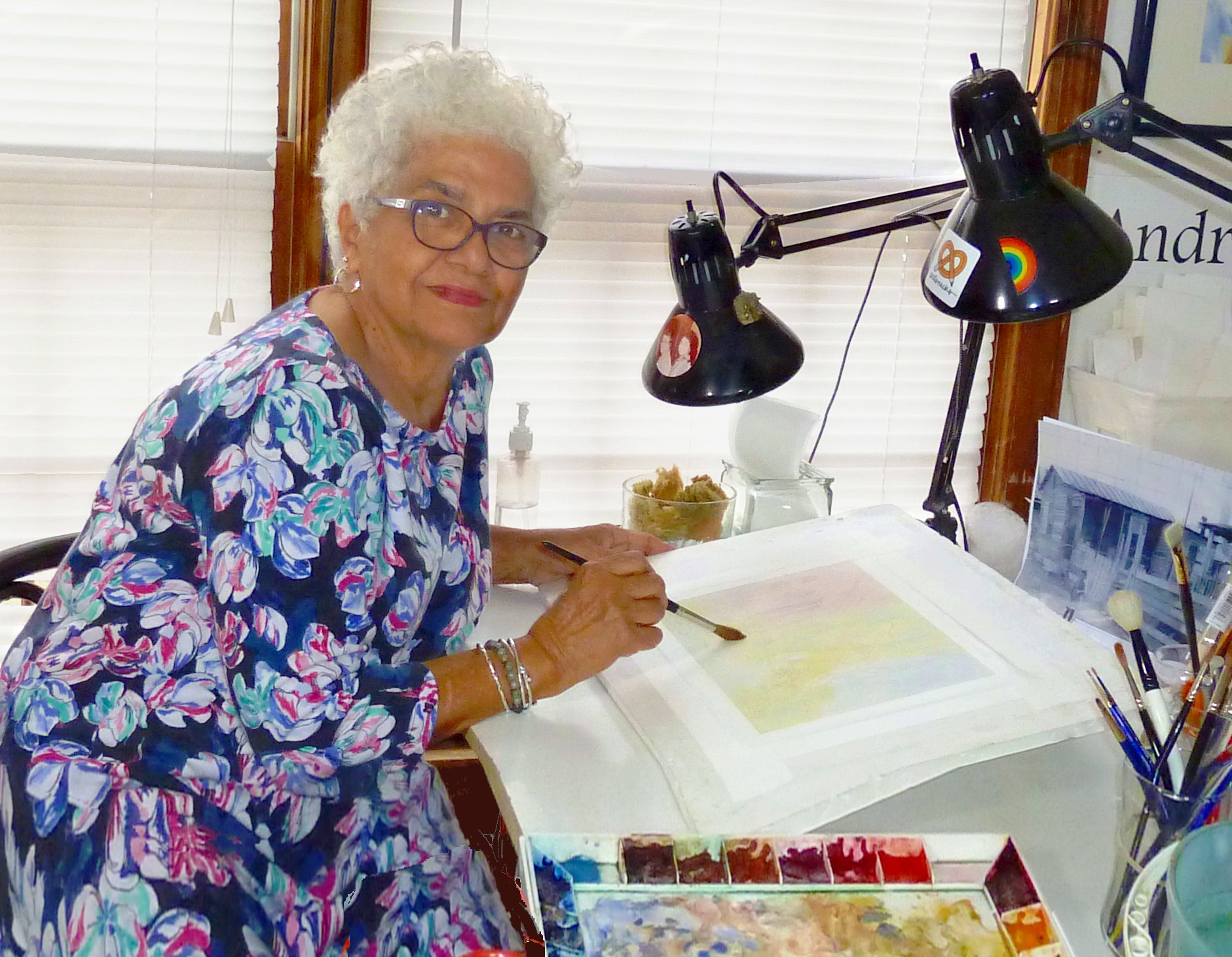 Andrea Hazel, a Charleston native whose family can trace their lineage back 400 years in the Holy City, is a watercolorist whose latest work features the city’s landscapes, buildings, and homes. It was

her work, Choppin’ Up Some Wood which interested me in her as an artist, and after speaking with her, I could not be more enchanted.

She first became smitten with art while attending college in the state of New York. Andrea shared the story of having to take an art appreciation class as a requirement in her junior year and having her head turned. During the course, it was expected that students would not only listen to lectures about the Masters but she would also have to visit some world-renowned museums in NYC.

The Metropolitan Museum of Art.

Then she checked out MoMA, the Guggenheim, and the Cloisters. After which, curiosity began to pull at her about the different art practices studied by her fellow students at Marymount College. Like lots of upperclassmen who start to wonder, “what if”, her responsible, eldest-child nature stepped up and made sure that she graduated in 1966 with a Mathematics degree. And although she went forward as a math educator, a seed had been planted.

After graduating, Andrea married and started a family. That marriage was short-lived and she found herself providing for her daughter as a single mother. But art was not done with her. It was during her tenure at Trident Technical College in Charleston when someone brought a 35 mm camera to a workshop Andrea was attending. Once again, her head was turned. This time, Andrea followed through and invested in her very own camera. Not a month later, she was taking photographs on behalf of the inaugural Piccolo Spoleto Festival in 1977. It was the job of those photographers to capture the action and art of the festival for future funding and marketing.

As God would have it, Andrea worked Piccolo Spoleto for 7 years and then entered into a 30-year career as a wedding and special events film photographer after saying, “yes” to shooting a friend’s sister’s wedding. So when she found herself off from the classroom at Trident Tech, she shot over 300 weddings.

It was this hard work and dedication that prompted her now-husband Frank Hamilton, when they were dating, to gift her a set of watercolors. He thought it would get her to “calm down.” How was he to know that he was introducing her to her next act? His small gesture would uncover more innate talent that Andrea would develop in watercolor classes taught by nationally acclaimed teachers. She also enjoyed taking art courses at Trident Tech, offered for free to those over 60 years of age.

Since 2001, Andrea has been painting. In the last few years, her latest career has taken off. With the encouragement and sharing of her work through the social media of artists like Colin Quashie and Clementia Nelson, Andrea’s popularity has grown exponentially. Through an invitation to be a visiting artist and a corresponding print sale by The Gibbes Museum in early 2020, I was not only introduced to but was able to acquire a piece of Andrea’s work.

It was just two years prior, that she was “poking around” the Charleston County Library’s archives when she stumbled across photos from a highway project from the 1960s that was destined to become the source of inspiration for her “How It Was…Charleston in 1963” Series. It is a series that she is still creating, which captures the everyday life and joy of Charleston residents. Her eye for detail and love of the architecture and the city’s landscape tells a story that just about any Southern would know. However, Andrea says her work is enjoyed by people from all over. And she says, “If I touch people and have them see the humanity in us all…that means something.”

Mrs. Andrea Hazel is an inspiration. Not just because she has had successful careers in not one, but three different fields, but because her work, and more importantly her intention, reflects the light of her community and its past to the present. It is a conscious goal for her work “to remind people of where we come from and what we can do, together as a people.”

Andrea’s art can be found on her website: https://www.andreahazel.com/ or keep up with her on IG at @andreahazelwatercolors